A Roam Through the Forest

One of our favourite woodsy places to go for a walk is, luckily for us, just a short drive out of town. It's a conservation area with a few short trails through a grassy field and swampy bush. It also has quite a bit of forest without man made trails where hunting is allowed; bonus! Although on this particular occasion we were just out for a good walk with the pooch. We've learned to bring a compass out in these woods when we plan on going deeper in the bush seeing as the first time we were following turkeys and we got lost for a couple hours (that's my version of the story. If you talk to Fuzz he will say he knew where we were the entire time and it was just really thick bush so took a long time to get out).
We were following well traveled deer paths through the woods when Hunter found some nice bones. 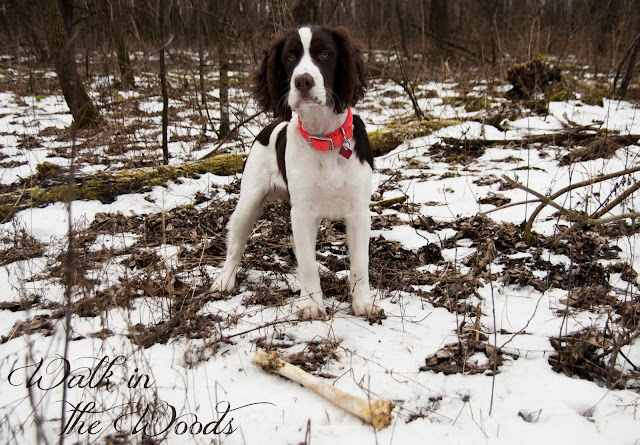 He felt as though he needed to stop for a taste test. 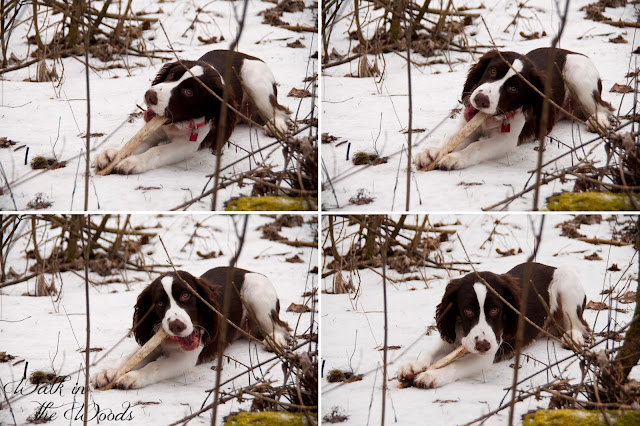 Fuzz thought they were cool too. 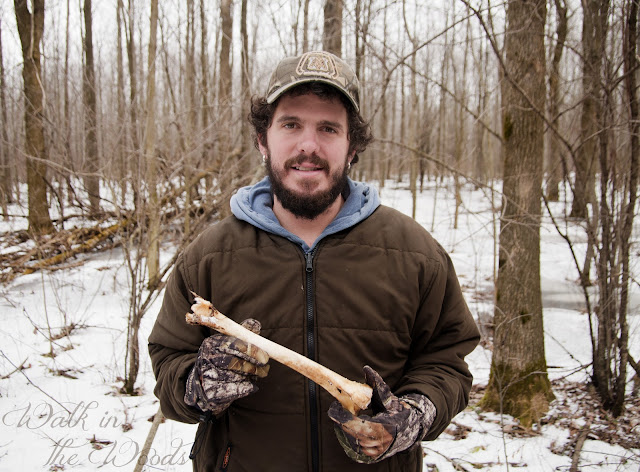 Much of the roaming and need for a compass comes from places in bush like the one below. It's fairly open because it's a swamp and floods regularly. When you get to these, everything looks almost the same in every direction. One of us would say "hey look at that tree over there. Let's go check it out..." we would either make it to that tree to investigate whatever it was that was intriguing and turn around, not remembering which direction it was that we came (it was ice so no footprints to go by either), or on our way to that tree, see another interesting tree, and stop at it and never find the first one.
Moral of the story: bring a compass when wondering.

Eventually, (and not really on purpose), we found our way out of the bush and walked back to the familiar parts towards the car.
We also took some pictures of Hunter and ourselves to compare in a couple months when he's grown a ridiculous amount again. He's currently almost 5 months and already getting big! 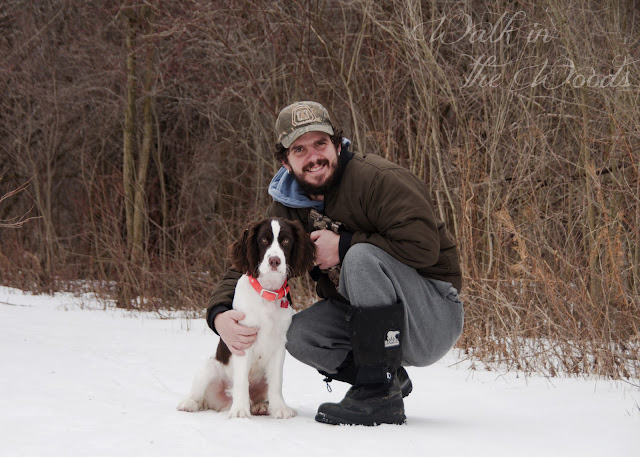 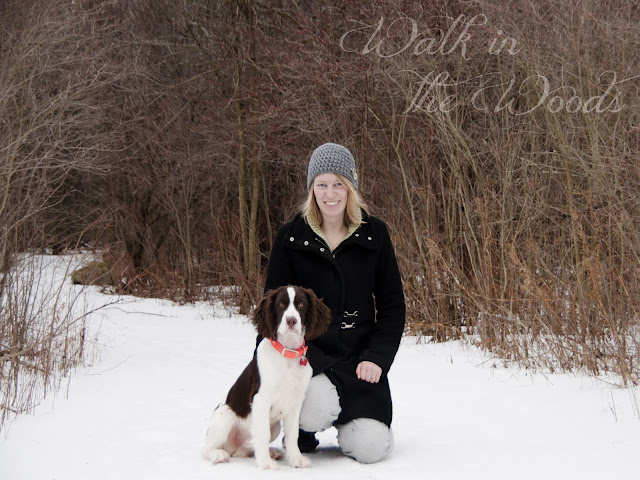