A couple weeks ago we were out for a walk in the woods. Hunter was running around as he usually does, following his nose, most of the time staying within view but we'll often be walking along and realize that we don't see him anymore. When that happens we stop and listen to see if we can hear the snapping of twigs and branches, and if we don't hear him we give a whistle and a call and he usually comes bounding out through the trees. He's a pretty good dog.
At one point on this walk we lost him for a few moments. We stopped to look around and see if we could see him. When we spotted him he was running at full speed through the bush beside us.
He was chasing this deer. 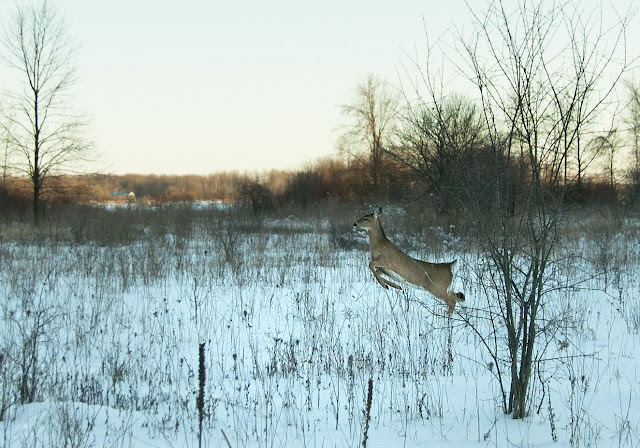 A couple days later we were out in the same area searching for sheds; the antlers that fall off deer after the rut is finished. We've been out searching for sheds before. Basically we follow along well used deer paths in hopes of finding something. Before this year we had been unsuccessful. This year however we found a few interesting pieces.
Fuzz found these antlers, but unfortunately they weren't from a deer shedding them. This one died some time ago judging by the discolouring from algea growth. I wonder if it was part of the same one we found near the same area last year? 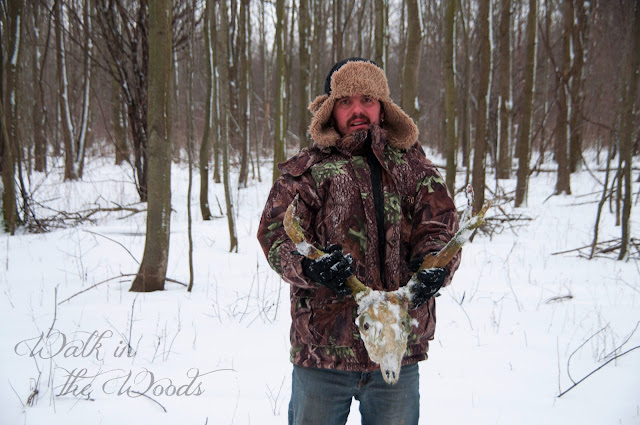 And what do we have here in the snow! 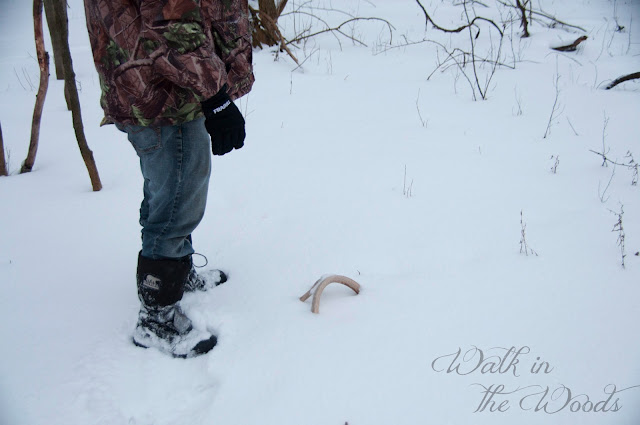 Our first shed! And a nice one at that! 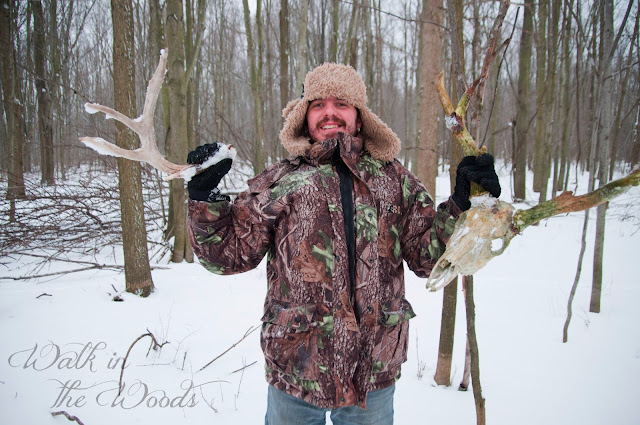 We brought both home and hung the skull on the wall (after a little cleaning of course). 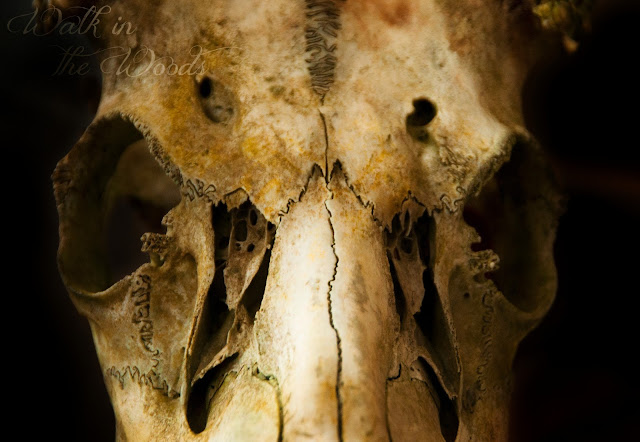 And if you were wondering where little Penelope was while we were walking, take a look at Fuzz's big coat. She fits nicely underneath in a carrier until she's big enough to hunt for sheds with us! 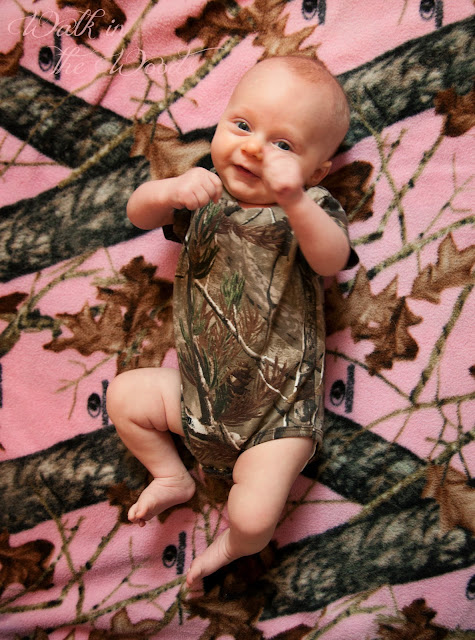