The Little House (and the long winter...)

In late October we moved into our little house. It wasn't something that we had really expected to happen but we are very glad that it did (I am anyways, though sometimes Ryan complains... mainly when it rains and water pours in the basement, but I think we have solved that problem). Having an aunt and uncle as realtors can be pretty awesome, as was the case for this house. We weren't actively searching for a house but keeping in more of a "if something comes up, then sure" mindset. Well this little thing came up... (the next few pictures were taken from a phone. Apparently, I didn't think a new house was worthy enough to use a real camera for photos). 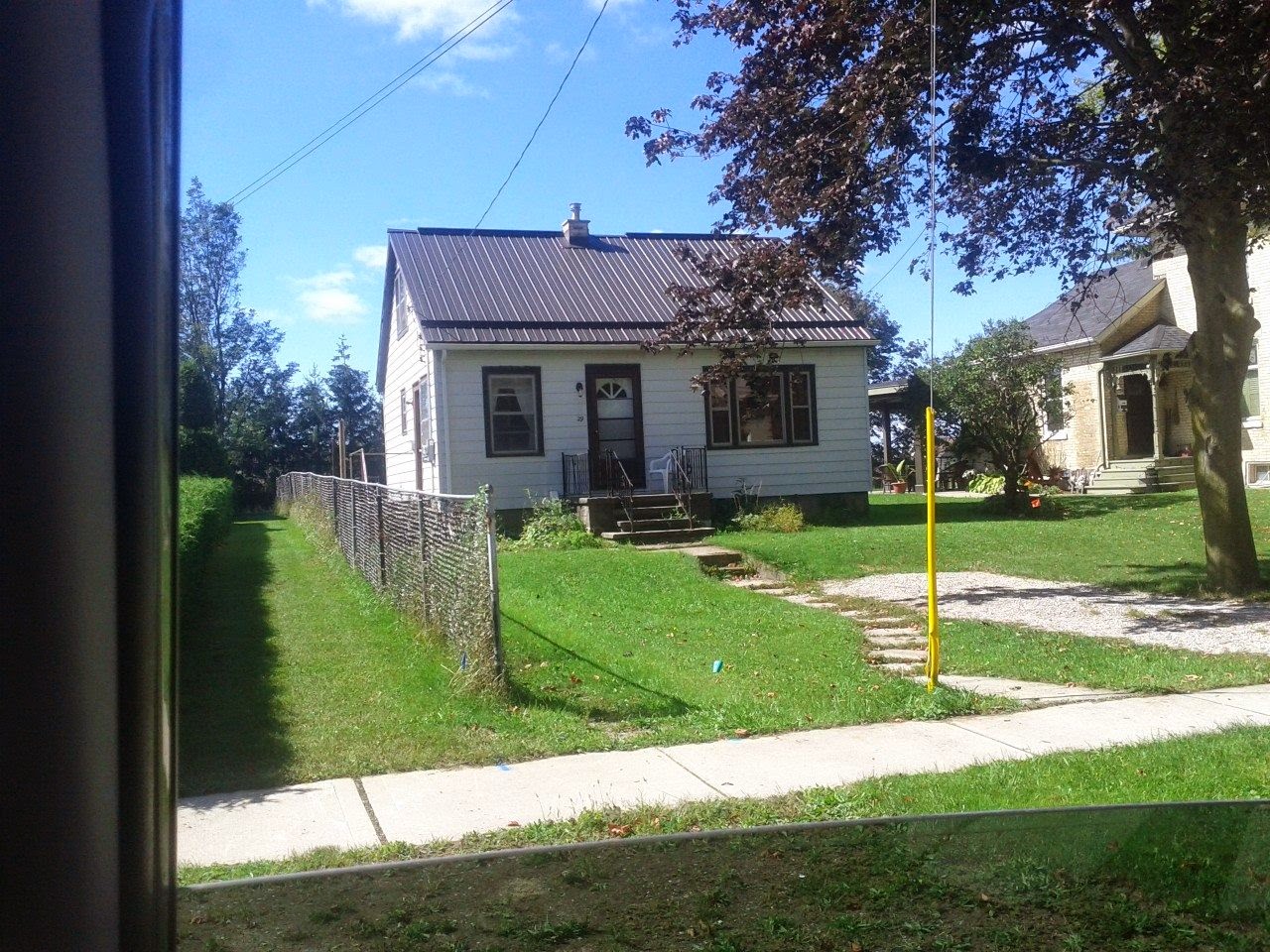 My uncle had let us know about it the very day it came available and, though it looked small, we had already decided that if it was even the same size as our apartment it would be worth it for the price. The mortgage is actually cheaper per month than what we were paying for rent. From the outside this house looks tiny, and in comparison to most it is, but the use of space inside makes it feel much bigger. Amazingly, it has 3 bedrooms (technically 4 but we are currently using one as a dining room), a good size living room, and lots of storage space in the basement and bedroom closets. So that night we put in an offer which was later accepted. Bam! Just like that, (and lots of paper signing and packing), we were moving. Good thing too as Charlotte was on the way and we weren't sure how that was going to work in our little apartment.

Since moving in, my mom has discovered that little houses like this are called "Wartime Homes" and you can learn about them and see different plans for them here.

Then we had an interesting first winter here.
It was a very cold, very long winter. I personally like snow and think it's so beautiful and fun to play in, however, this year was almost too chilly to get out and enjoy it much. 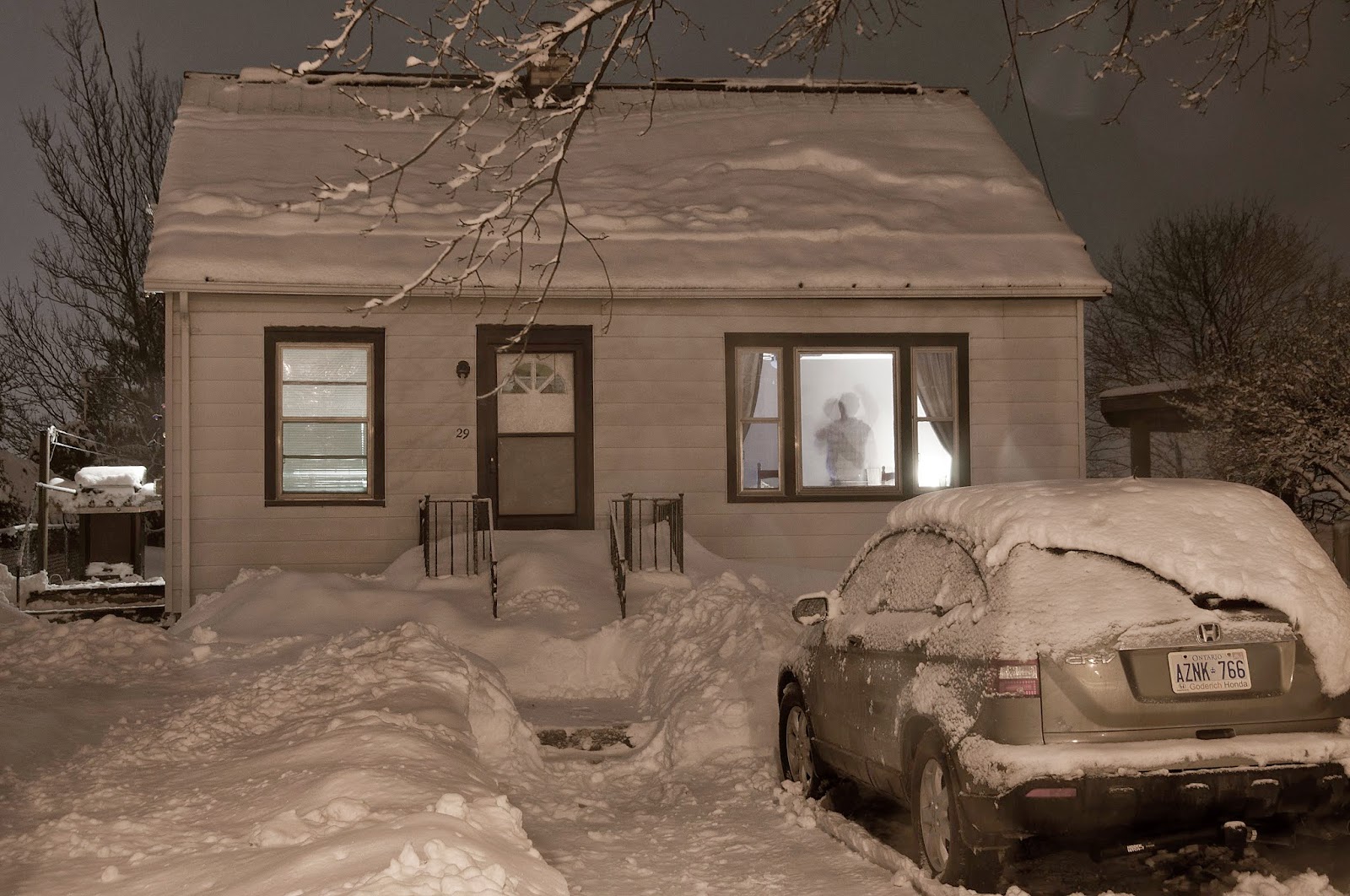 Many days were too cold for the little one year old to be out for longer than 10 minutes or so at a time. 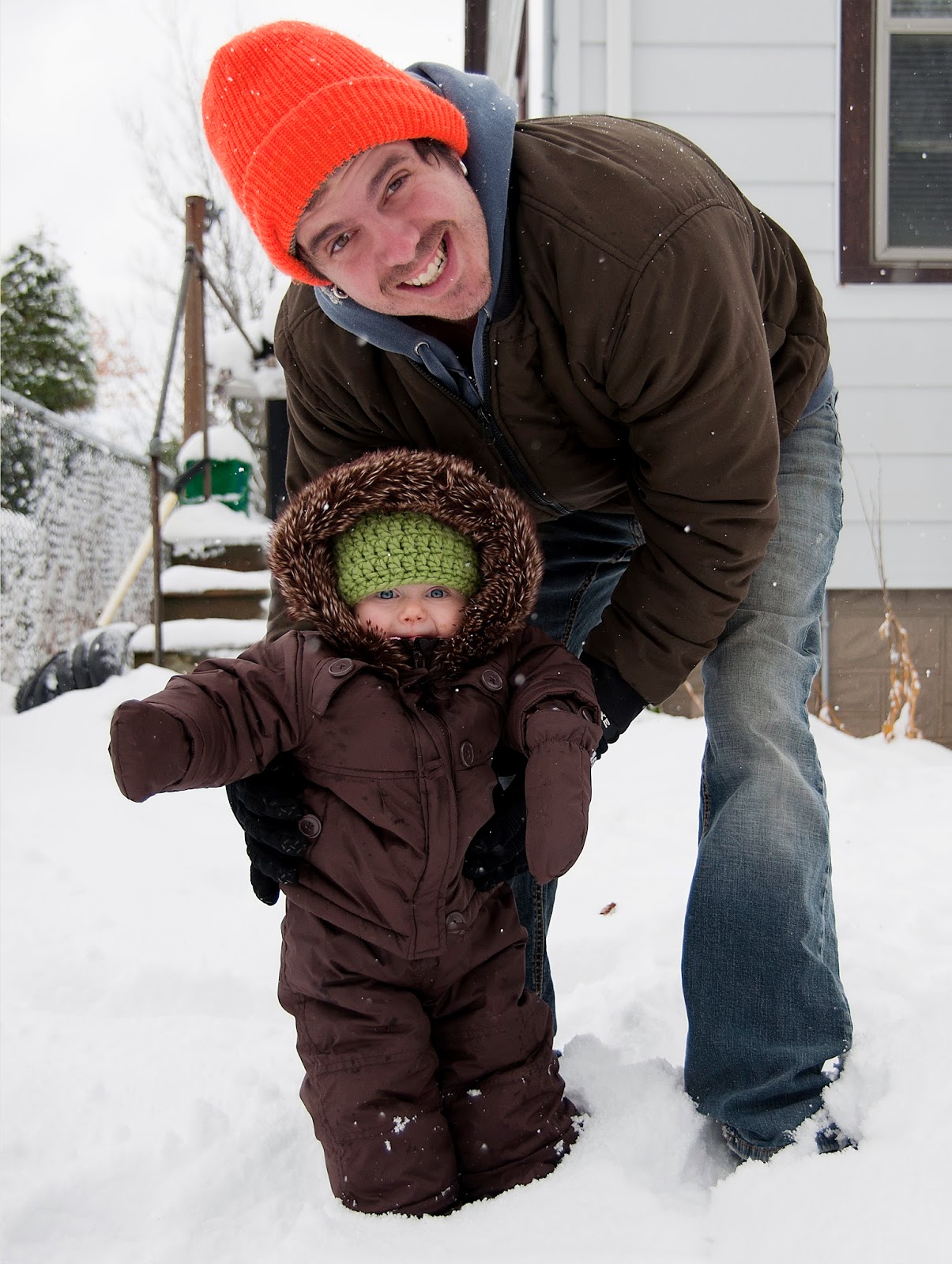 Even the dog thought it was too cold and would hide in the tunnel that Ryan had dug out in the back yard. 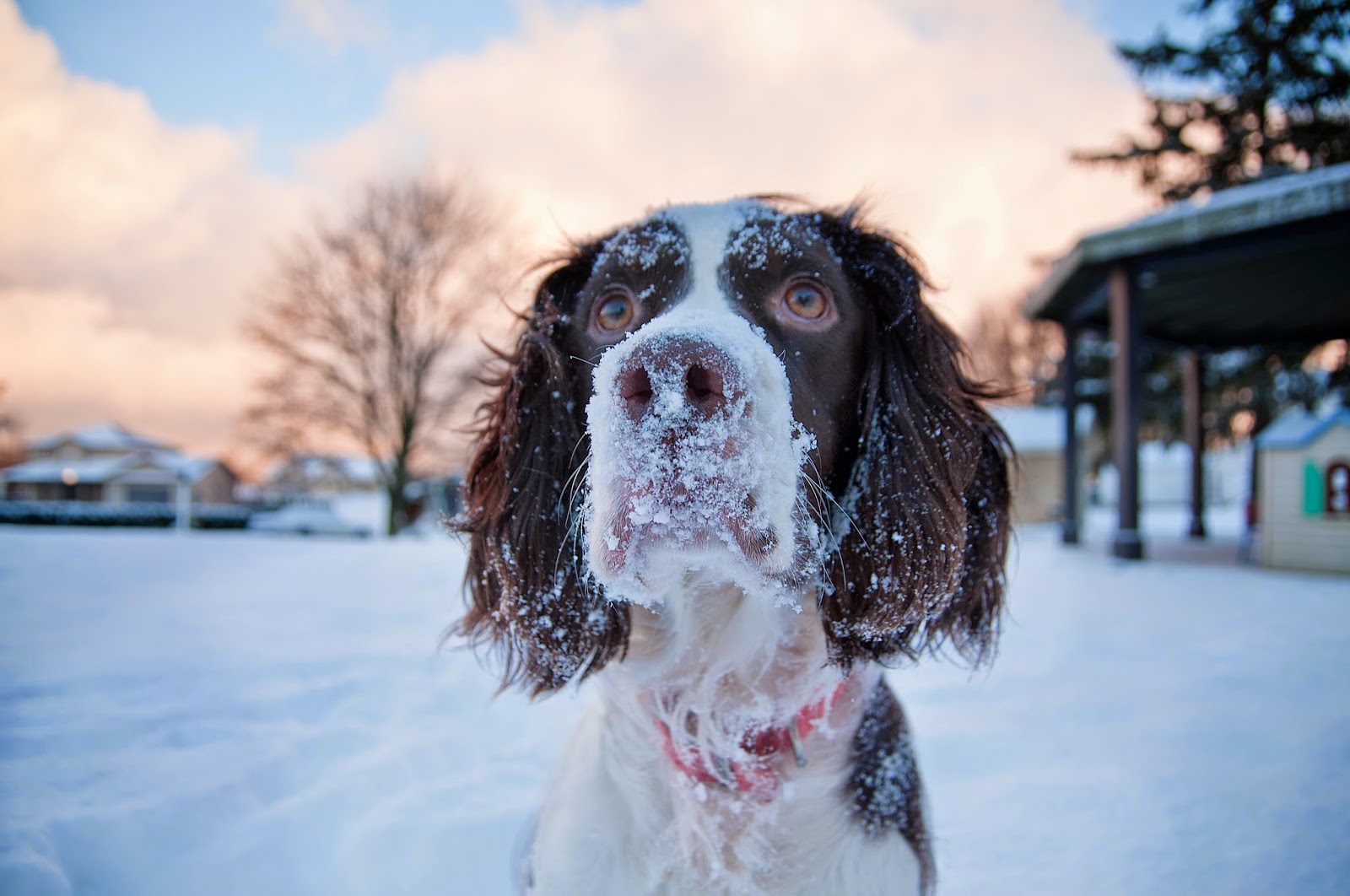 The winter did offer up some beautiful scenes though!

There were times when it felt like winter would never end! We didn't think that we would need a snow blower, but we did get help a couple times. It would have taken a very long to time to shovel this out! 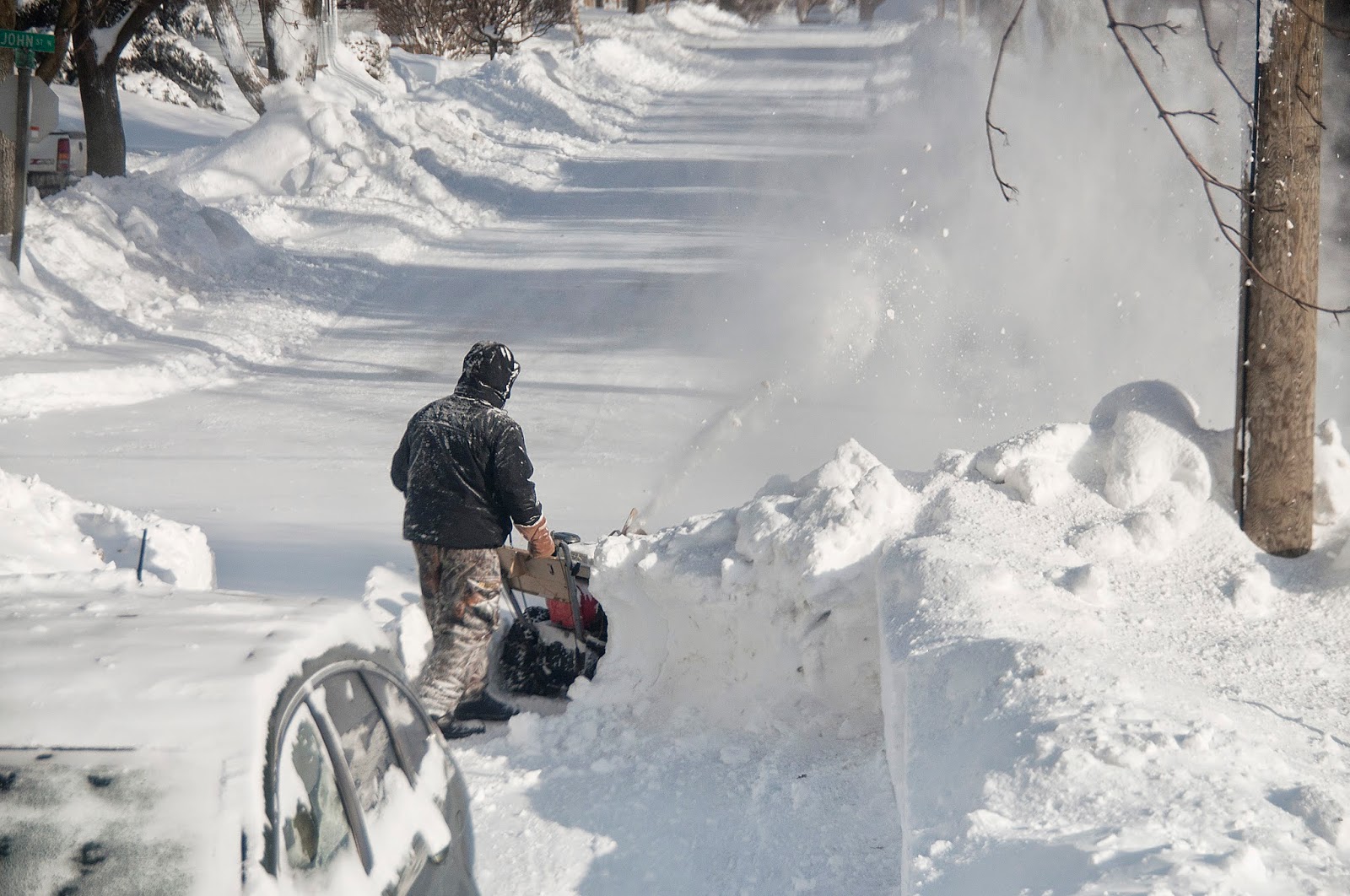 Now I sit and look out the window to a much different view. 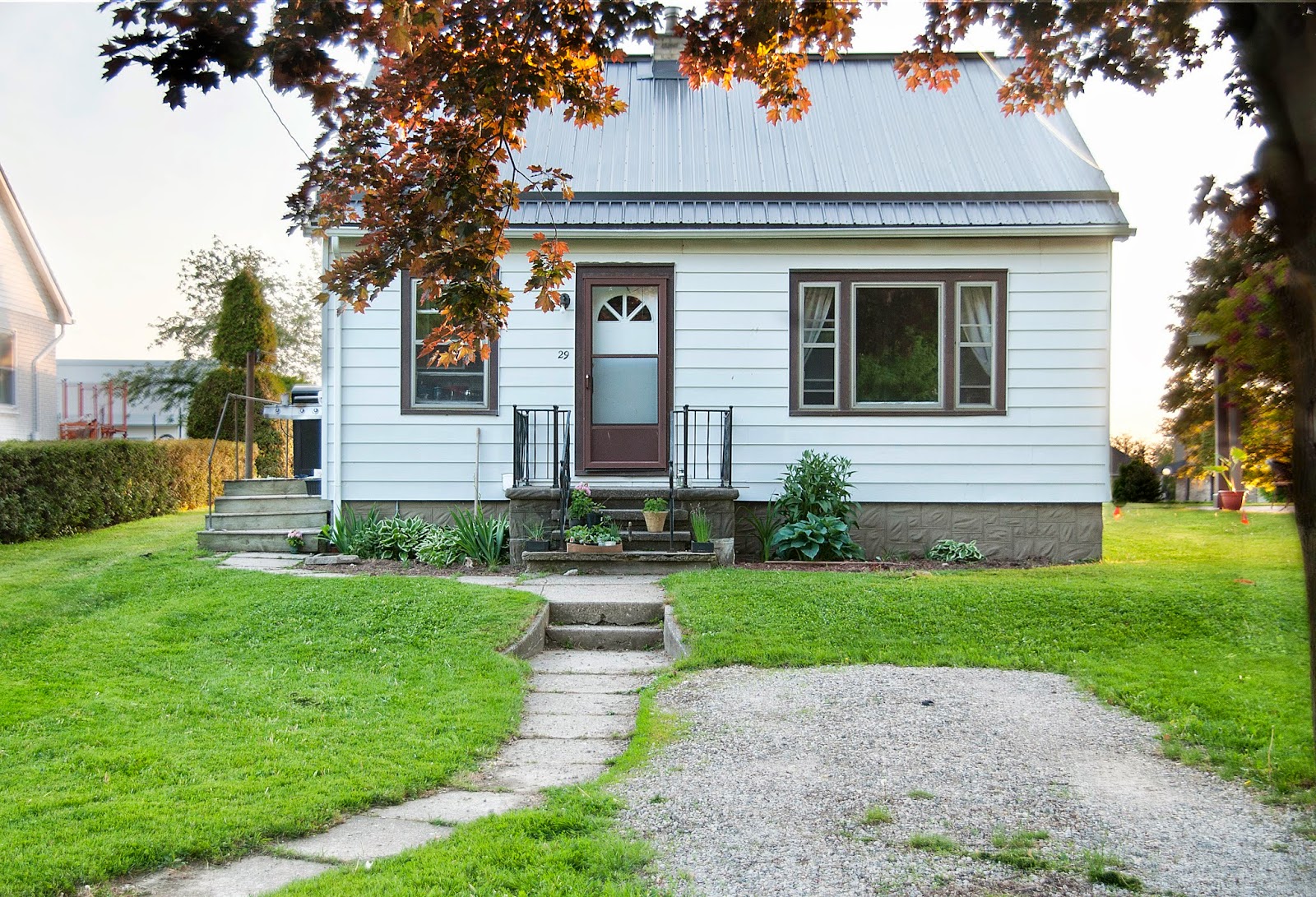 It needs a lot of work, but we are really liking this little place we now call home.