Today we traded in our car. The 12 year old Toyota Celica was getting up there in age and we wanted to trade it in while it was still worth something. It was kinda sad taking our last drive to the dealer. I know you're not supposed to get attached to material items but our car didn't always seem like just an object. It had it's own attitude and characteristics that we got to know, more like a friend. This was the little car that took us everywhere we needed to go. It was the car I learned to drive in. 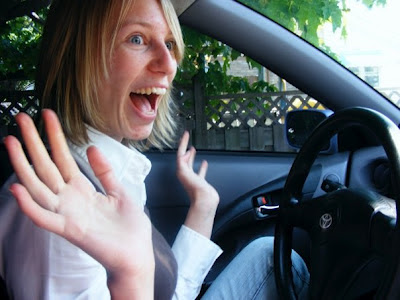 Yup. That's how I drive.
Last year this car took me back and forth to London four to five days out of the week. Sometimes it was packed full of passengers and loaded with camera equipment, despite the tiny space for seating and storage.
We got a lot of snow last winter and though I drove through a lot of whiteouts and drifts. The snow plowed on the side of the road was higher than the car in a lot of places.
I think I stayed home this day though... 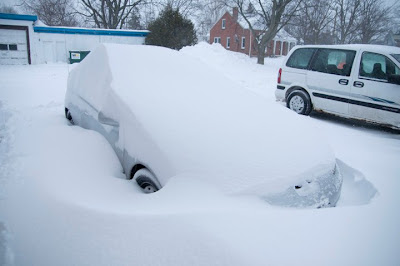 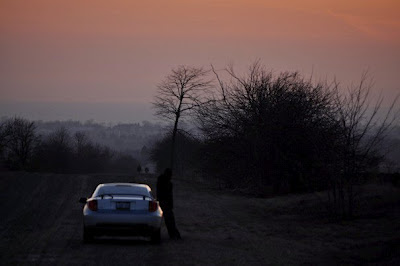 It took us down many side roads for sunrises, sunsets, picnics, and sometimes just unexpected adventures like the one below... 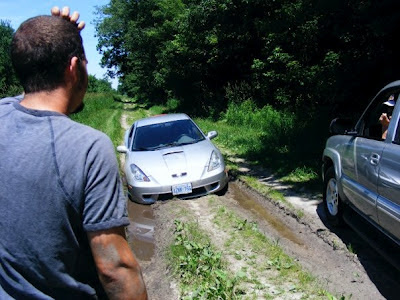 Ya, that's a head scratcher.
This is a closed road used for off roading and four-wheeling. Not for the little Celica. Well we could have made it around but someone thought it was just a little puddle. 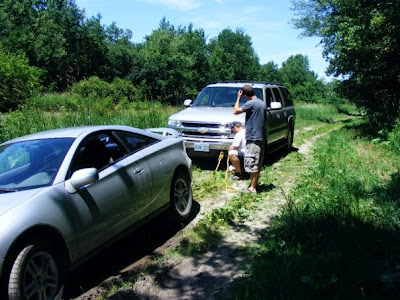 We had to call Dad to bring out the Suburban (also sold now), to pull us out.
This car took us all over on our honeymoon. We went up near Wiarton to a cottage on the lake. Some days we would just go out and drive, not really with any plan or even knowing where we were going. We'd just drive. 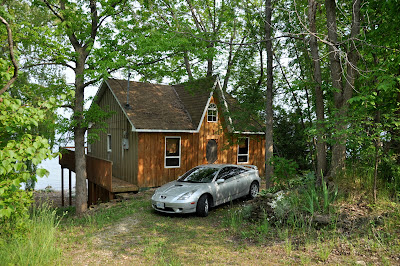 I hope someone buys it and enjoys it as much as we did. They will be getting a reliable vehicle and should expect kids to say "whoa, look at that cool car" as they pass by. We will miss our good little buddy, the Celica. 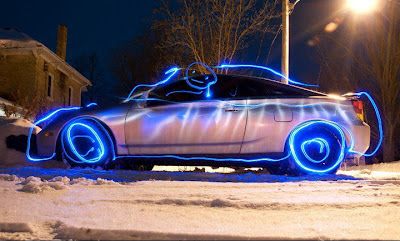