So I think I've come to the conclusion that summer is for working. It seems that for us it's the time of year where we see less of each other and have less time to do anything apart from work. None of this summer vacationing happening here. In Fuzz's case, landscaping can only be done when the weather permits it so he packs his yearly work hours into 8 to 9 months, working longer hours while the sun is shining. I just seem to by chance always work more in the summer and less, if at all, in the winter. I guess that's what happens when you live in an area based largely on seasonal tourism.
This year I got a job at a new gas station that opened in Exeter. I happen to be the lucky one that gets every weekend off, however I am up by 4:30 each morning to get there in time to open for 5:30 everyday during the week. I was not a morning person before this. Well maybe an 8:30 or 9:30 type of morning, but anything before that made me pretty miserable. I think I've adjusted alright to the early mornings now, with the addition of afternoon naps and early bedtimes (somewhere between 7:30 and 8:30 is best). This schedule means that I pretty much go to bed as soon as Fuzz gets home, but just until the sun starts setting sooner and they aren't able to work quite as late.
With all the working (and napping) going on I pretty much only used my camera twice this summer. Even then I only ended up taking a few pictures of the occasions...

One was Leah's Birthday! On June 21st this little cutie turned one! 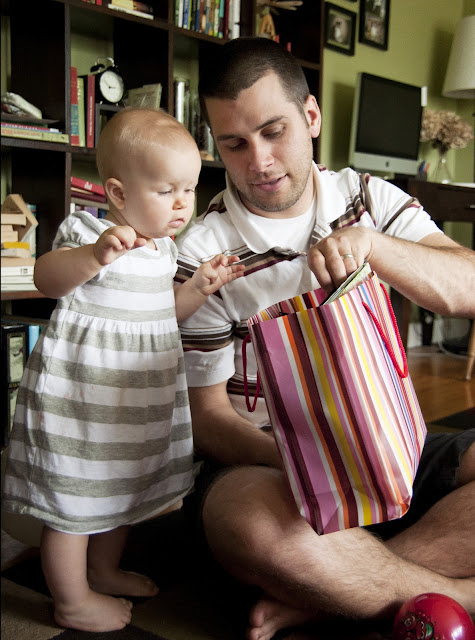 She learned what presents are and did a pretty good job at opening all her new things. 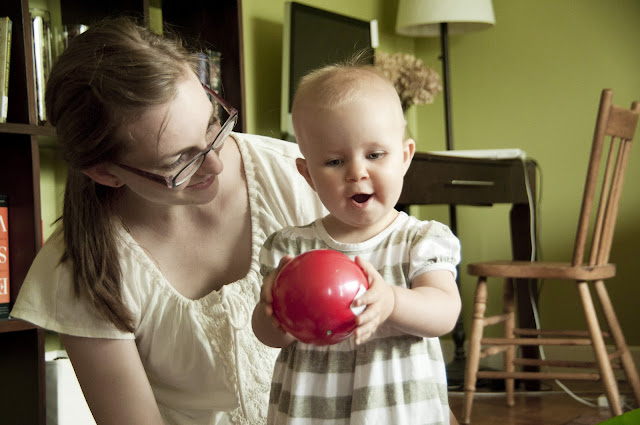 She also learned what little red shovels taste like... 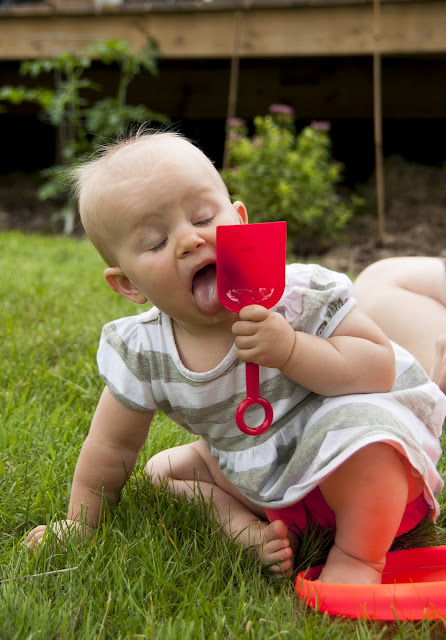 As well as the deliciousness of iced cupcakes! 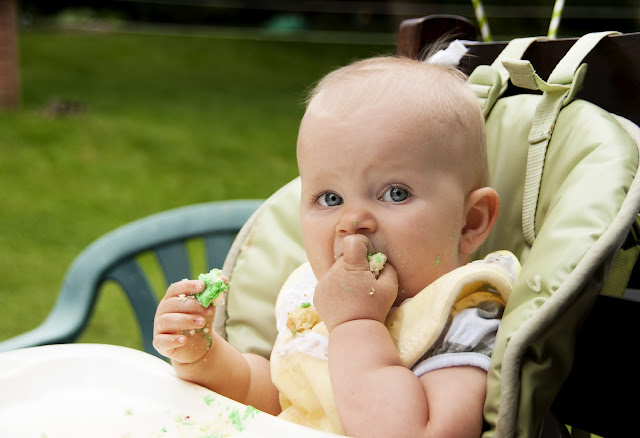 The second event that my camera got brought out for was a short weekend camping trip Fuzz, Hunter and I took to MacGregor Point Provincial Park. We drove up on a Friday night, spent Saturday relaxing, and packed up early Sunday morning (thanks to me getting sick) to come home. We've decided that camping trips need to be more than just a weekend affair. It wasn't near enough time for relaxing and exploring the park. We did have a good time though. It was Hunter's first time camping and I think he wouldn't mind if camping was his life. He got to sit in the back seat of the car and stick his head out the window, come with us everywhere we went, and even sleep right beside us in the tent. People kept telling us what a well behaved dog we have. We just kept thinking "ya right."

We did get a chance to head down to the lake for a little. The weather could not have been better. Both the sky and the lake were super blue that day.
Fuzz took this shot of a lonely seagull out on a rock... 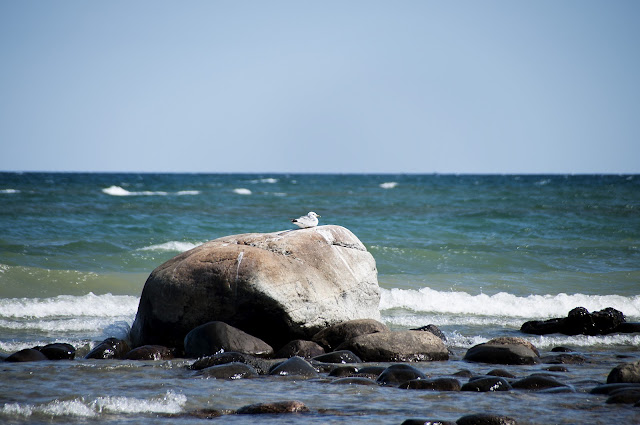 Then we released the hound, who had also spotted the lonely seagull way out on the rock. 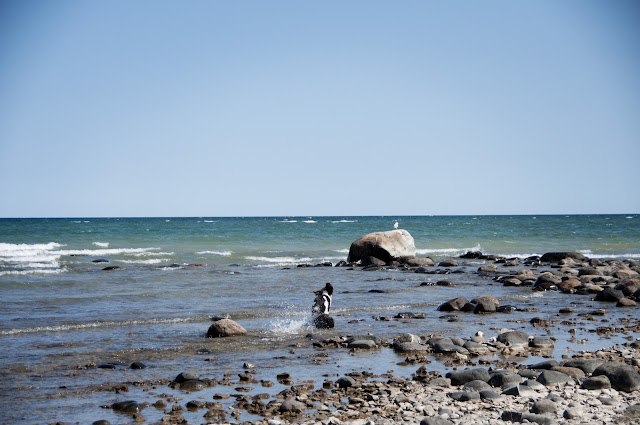 This dog could very easily live in the lake I think. 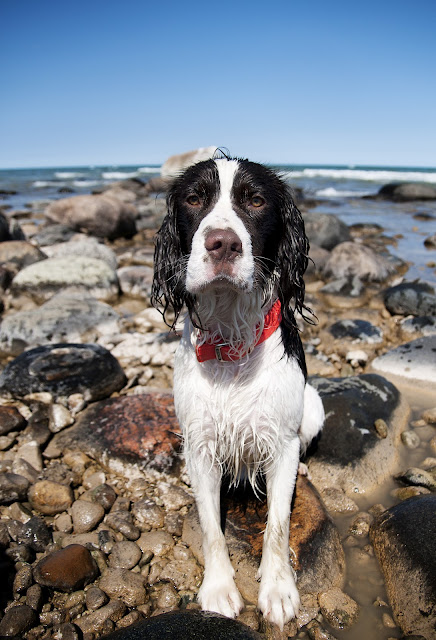 Most of our time was probably spent here, in the hammock. We had the perfect campsite for it. Two birch trees just the right distance apart with little brush (or poison ivy) underneath made the ideal location for it. We spent many hours gently rocking back and forth in the cool shade. 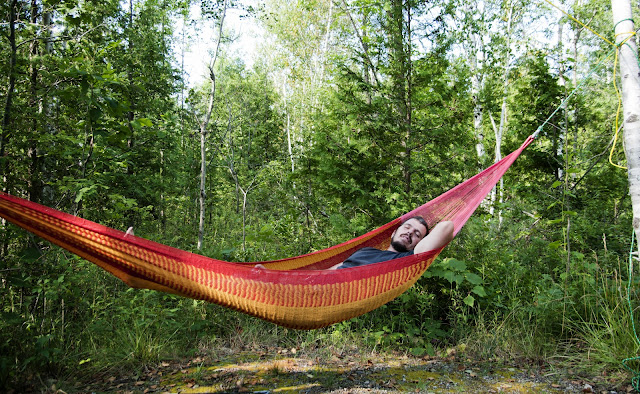 But that was it. Those were the only times I got my camera out this summer. I brought it along with us a few other times to markets, or a corn freezing weekend at Ash and Darryl's, but didn't take any photos with it. Hopefully things will start to slow down again though, and maybe work won't be quite as crazy. I'm looking forward to a few more weekends with the warm weather and maybe a couple more campfires to visit, but will welcome the fall with it's cooler nights and slower pace when it gets here.